BlogUpgradesWordPress 5.0 is here! What’s new and how it influences your business?

WordPress 5.0 is here! What’s new and how it influences your business? 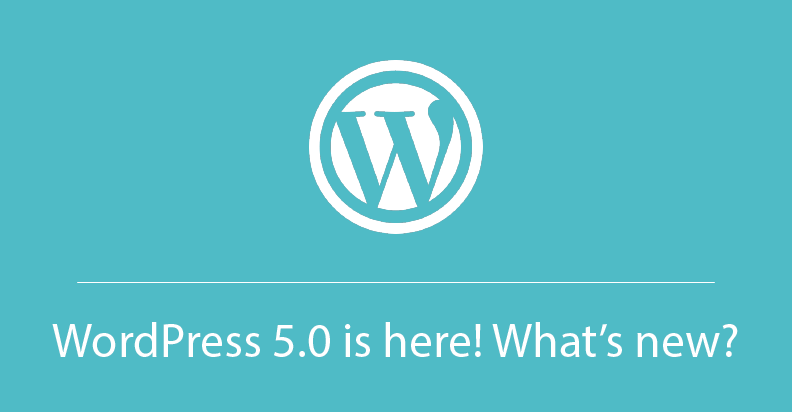 On December 06 the biggest WordPress update for 2018 has occurred. You may get the following warning in the WordPress admin page:

So, it’s time to draw clear lines and tell all about this. First up, WordPress Version 5.0 was named or jazz musician Bebo. The next thing is actually what are the major updates and pitfalls related to them? Here is the list of the major highlights:

Now, let’s take a close look at each of them.

Gutenberg Handbook is shaking the way you add the content to the WordPress site. It aims to reach flexible layouts for websites and digital products with less quantity of plugins. Let’s see how Gutenberg editor works in action.

In order to create a new Post, for example, we used to use a standard Classic Editor. We added a title, description, media files and so on through the traditional concept of freeform text with embedded media and shortcodes.

How does it change?

Gutenberg is a block-based editor, means that each piece content will be in its own distinct wrapper – block. Developers said that this upgrade simplifies the editing process, but not the outcome. So, if you’re more of an HTML and CSS sort of person, you will have some difficulties.

Remember that WordPress is an open sort project? Anybody can contribute to the code as well as create new content blocks for Gutenberg Handbook. At the time of writing, tons of blocks have already been available. Here is the most popular:

Also, WordPress Version 5.0 supports a Classic Editor, but through the Classic Editor plugin. Developers said that it will remain in WordPress through 2021. It lets you:

Be aware that there is no way to keep both Gutenberg Handbook and Classic Editor. You have to make a decision

Now let’s move on to the New Default Theme.

New block-based editor is a core component in a new default WordPress theme named Twenty Nineteen. This theme is adaptive for a range variety of business like personal blog, a non-profit organization, or online store.

What are the main features:

Here is how a new theme looks in an editor and on the site. 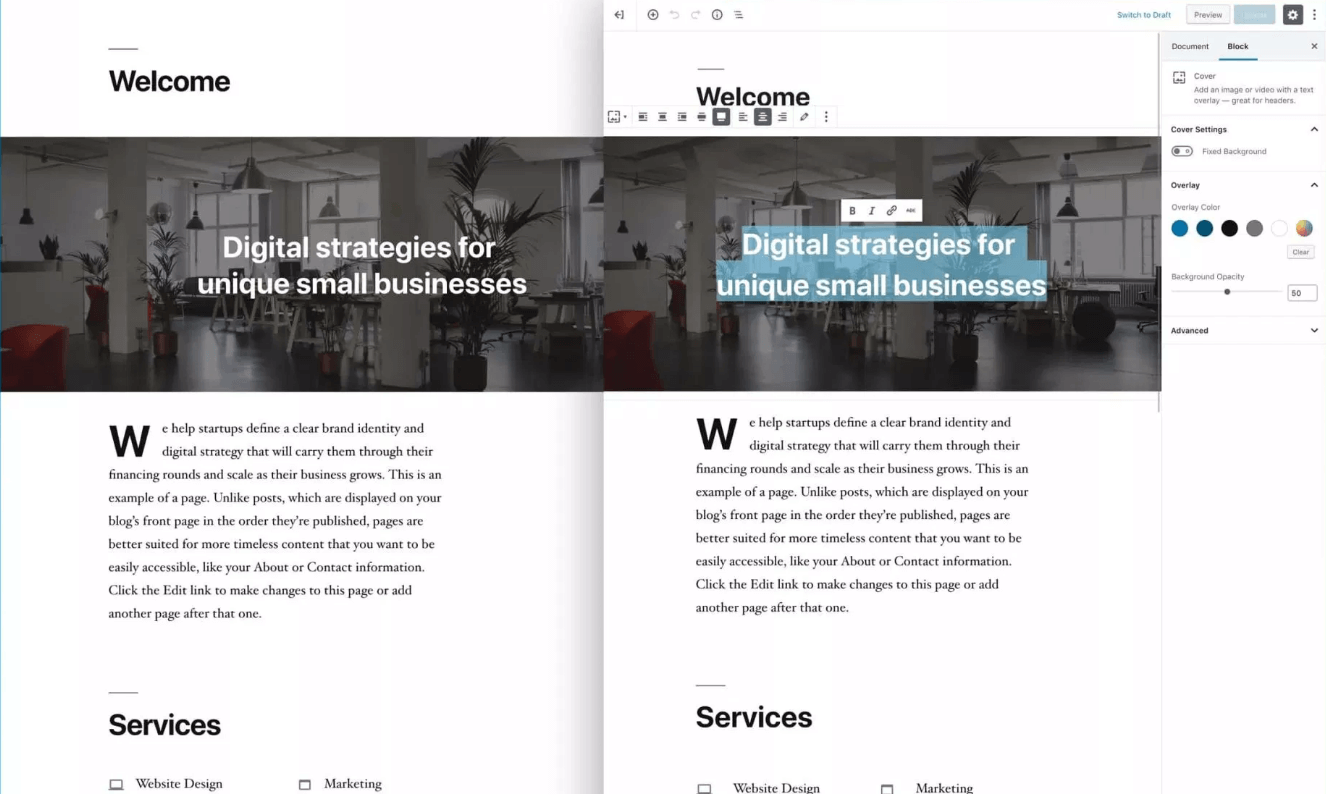 Except for these two major upgrades Bebo version has a lot of small changes and improvements for the developers:

On January 9, 2019, a new version WordPress 5.0.3 was released. It a small release contains 37 bug fixes and 7 performance improvements for the block editor. So, do not forget to update!